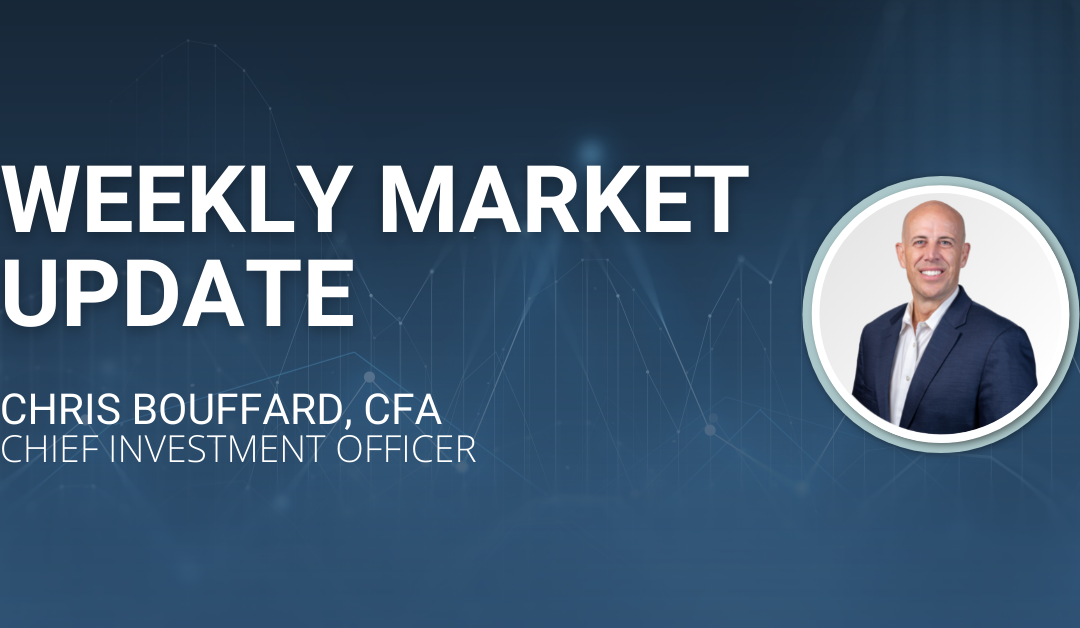 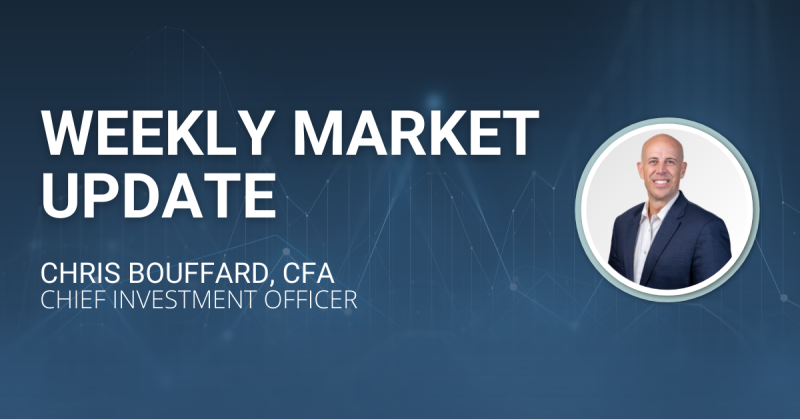 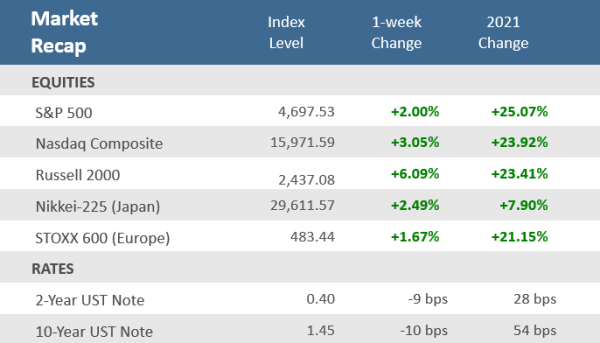 Stocks Remain at Records with Patient Fed and Strong Hiring

November started on solid footing as stocks marched higher, and bond yields fell in the wake of a strong October employment report. It was the best week for the S&P 500 since the week ending June 25. The S&P 500, the Dow Jones Industrial Average, the Nasdaq Composite, and the Russell 2000 all closed the week at all-time highs. Investors were pleased with economic and earnings reports that continue to be better-than-expected, a Federal Reserve that remains patient on rate hikes, and a promising COVID-19 pill that reduced hospitalizations and deaths in a clinical trial. On Wednesday, the Federal Open Markets Committee (FOMC) announced their plans to taper asset purchases by $15 billion starting this month. Still, at the same time, Federal Reserve Chairman Jerome Powell made it clear that the central bank is in no rush to raise rates. The Fed said it expects to complete the asset purchases by the middle of 2022 and didn’t expect to begin hiking rates until after that. The October employment report was much stronger than expected, with 531,000 new nonfarm payrolls added and a 4.6% unemployment rate, which is the lowest level since the start of the pandemic. Likewise, the weekly initial jobless claims fell to a new pandemic low of 269,000, the sixth straight weekly decline and fourth consecutive week under the 300,000 level. The ISM U.S. Purchasing Managers’ Index (a proxy for businesses activity), also rose to a record high in October, led by a surge in the services sector of the economy. The dovish fed also buoyed bonds as the benchmark 10-year US Treasury note decreased to 1.45% from 1.55%. In the end, no major asset classes declined during the week.

U.S. employment rebounded strongly in October from September’s disappointing results. The Labor Department reported on that Friday U.S. employers added 531,000 new jobs in October, the biggest gain in three months. That was above expectations for 450,000 new jobs, and well ahead of September’s measly 194,000. The unemployment rate also came in better than expected, dropping to 4.6% from 4.8% in September and versus forecasts for 4.7%. The one disappointment was the lack of improvement in the participation rate that remains stubbornly below pre-pandemic levels at 61.6%, unchanged from last month. Economists had expected participation to tick up to 61.7%. As shown in the Chart of the Week, the U.S. still has four million fewer jobs than in February 2020, the month before the pandemic shut down the country. Nonetheless, the October jobs report shows the economy is making progress toward the Federal Reserve’s goal of maximum employment. 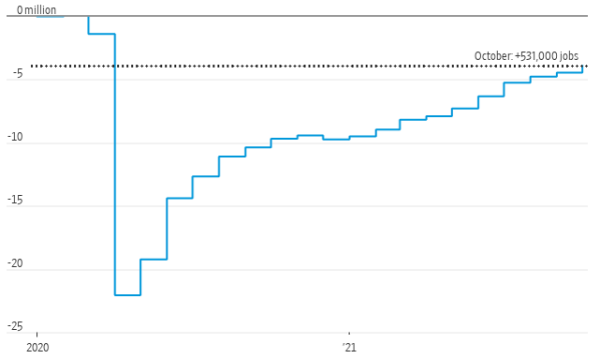 Economic reports will be light this week but inflation data for producers and consumers will be in focus. There are a number of Fed speakers on the calendar, including Fed Chairman Jerome Powell on Monday and Tuesday as well as Fed Vice Chairman Richard Clarida, Minneapolis Fed President Neel Kashkari, New York Fed President John Williams and San Francisco Fed President Mary Daly. The bond market closed Thursday in observance of Veterans Day. 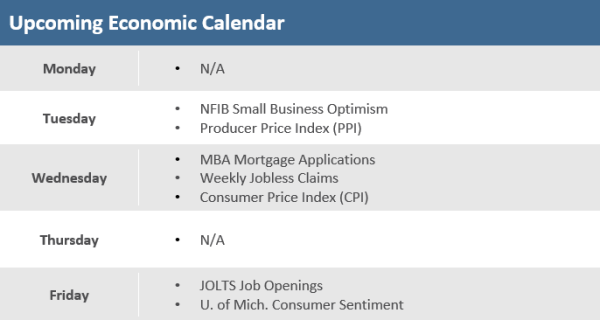 FUTURES FRONTRUNNING FED — Interest-rate futures now imply about a 75% chance that the Federal Reserve will raise rates by at least a half percentage point next year, and a better than 40% chance that it will raise them by at least three-quarters of a point. That is more hawkish than Fed Chairman Jerome Powell indicates as he played down the prospect of an imminent turn to raising interest rates at Wednesday’s post FOMC press conference (Source: The Wall Street Journal).

BUY-BACK BETTER — Over the last 20 years, the blue-chip company IBM has repurchased $132 billion of its stock, more than its current market cap of $113 billion. By comparison, Apple has repurchased $435 billion in stock over the past eight years, which is greater than the market cap of 490 companies in the S&P 500. Apple’s market cap is $2,482 billion (source: Compound Capital, Bloomberg). 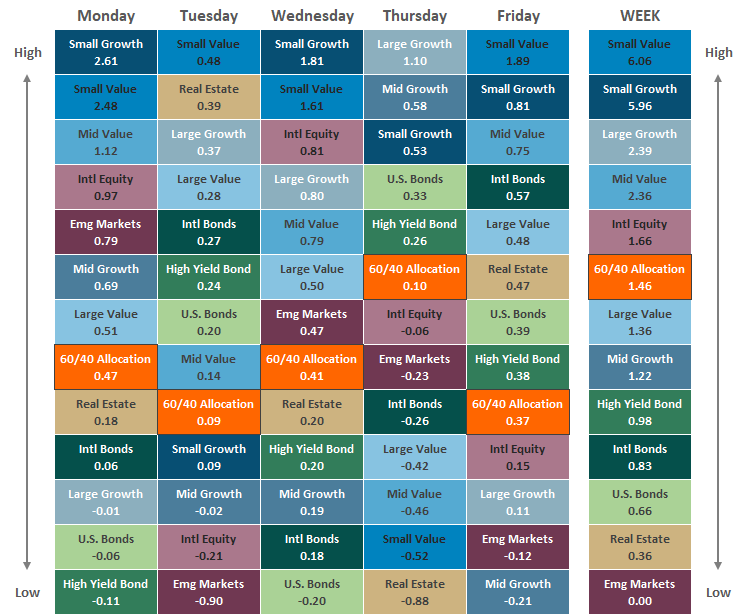